One of Us is Lying by Karen M. McManus 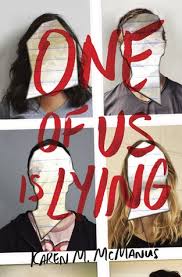 Pretty Little Liars meets The Breakfast Club” (EW.com) in this “flat-out addictive” (RT Book Reviews) story of what happens when five strangers walk into detention and only four walk out alive.

Pay close attention and you might solve this.
On Monday afternoon, five students at Bayview High walk into detention.
Bronwyn, the brain, is Yale-bound and never breaks a rule.
Addy, the beauty, is the picture-perfect homecoming princess.
Nate, the criminal, is already on probation for dealing.
Cooper, the athlete, is the all-star baseball pitcher.
And Simon, the outcast, is the creator of Bayview High’s notorious gossip app.

Only, Simon never makes it out of that classroom. Before the end of detention Simon's dead. And according to investigators, his death wasn’t an accident. On Monday, he died. But on Tuesday, he’d planned to post juicy reveals about all four of his high-profile classmates, which makes all four of them suspects in his murder. Or are they the perfect patsies for a killer who’s still on the loose?

Everyone has secrets, right? What really matters is how far you would go to protect them.

“You’ll tear through this juicy, super-fun (if murder can ever be fun?) thriller."—Bustle.com

“An addictive, devour-in-one-sitting thriller with so many twists and turns you'll be wondering until the very end: Who really killed Simon?”—Kara Thomas, author of The Darkest Corners and Little Monsters

"This fast-paced blend of Gossip Girl, Pretty Little Liars, and classic John Hughes will leave readers racing to the finish as the try to unravel the mystery on their own."—Kirkus Reviews

A Monster Calls by Patrick Ness 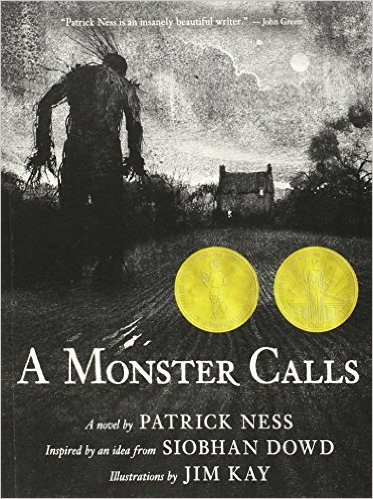 The monster in Conor's backyard is not the one he's been expecting — the one from the nightmare he's had every night since his mother started her treatments. This monster is ancient. And wild. And it wants something from Conor. Something terrible and dangerous. It wants the truth. From the final idea of award-winning author Siobhan Dowd — whose premature death from cancer prevented her from writing it herself — Patrick Ness has spun a haunting and darkly funny novel of mischief, loss, and monsters both real and imagined.

All the Light We Cannot See by Anthony Doerr 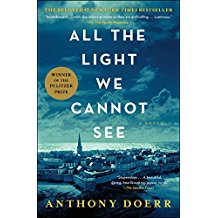 From the highly acclaimed, multiple award-winning Anthony Doerr, the stunningly beautiful instant New York Times bestseller about a blind French girl and a German boy whose paths collide in occupied France as both try to survive the devastation of World War II.

Marie-Laure lives in Paris near the Museum of Natural History, where her father works. When she is twelve, the Nazis occupy Paris and father and daughter flee to the walled citadel of Saint-Malo, where Marie-Laure’s reclusive great uncle lives in a tall house by the sea. With them they carry what might be the museum’s most valuable and dangerous jewel.

In a mining town in Germany, Werner Pfennig, an orphan, grows up with his younger sister, enchanted by a crude radio they find that brings them news and stories from places they have never seen or imagined. Werner becomes an expert at building and fixing these crucial new instruments and is enlisted to use his talent to track down the resistance. Deftly interweaving the lives of Marie-Laure and Werner, Doerr illuminates the ways, against all odds, people try to be good to one another.

Doerr’s “stunning sense of physical detail and gorgeous metaphors” (San Francisco Chronicle) are dazzling. Ten years in the writing, a National Book Award finalist, All the Light We Cannot See is a magnificent, deeply moving novel from a writer “whose sentences never fail to thrill” (Los Angeles Times).

The Hate U Give by Angie Thomas 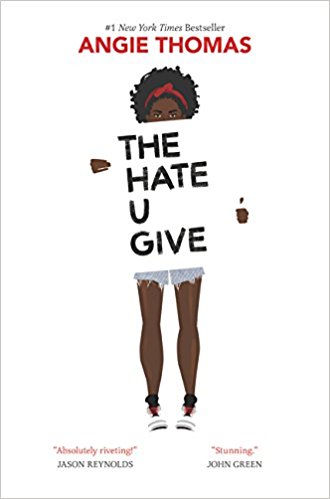 Sixteen-year-old Starr Carter moves between two worlds: the poor neighborhood where she lives and the fancy suburban prep school she attends. The uneasy balance between these worlds is shattered when Starr witnesses the fatal shooting of her childhood best friend Khalil at the hands of a police officer. Khalil was unarmed.

Soon afterward, his death is a national headline. Some are calling him a thug, maybe even a drug dealer and a gangbanger. Protesters are taking to the streets in Khalil’s name. Some cops and the local drug lord try to intimidate Starr and her family. What everyone wants to know is: what really went down that night? And the only person alive who can answer that is Starr.

But what Starr does—or does not—say could upend her community. It could also endanger her life.

The Outsiders by S.E. Hinton 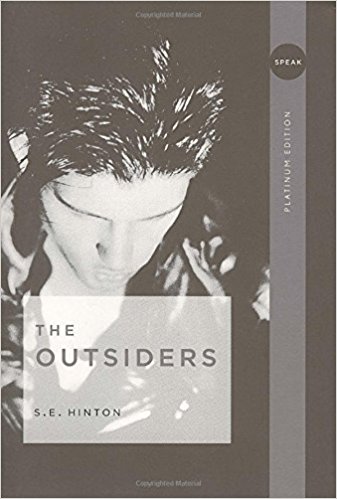 50 years of an iconic classic! This international bestseller and inspiration for a beloved movie is a heroic story of friendship and belonging.

No one ever said life was easy. But Ponyboy is pretty sure that he's got things figured out. He knows that he can count on his brothers, Darry and Sodapop. And he knows that he can count on his friends—true friends who would do anything for him, like Johnny and Two-Bit. But not on much else besides trouble with the Socs, a vicious gang of rich kids whose idea of a good time is beating up on “greasers” like Ponyboy. At least he knows what to expect—until the night someone takes things too far.

The Outsiders is a dramatic and enduring work of fiction that laid the groundwork for the YA genre. S. E. Hinton's classic story of a boy who finds himself on the outskirts of regular society remains as powerful today as it was the day it was first published.

"The Outsiders transformed young-adult fiction from a genre mostly about prom queens, football players and high school crushes to one that portrayed a darker, truer world." —The New York Times

"Taut with tension, filled with drama." —The Chicago Tribune 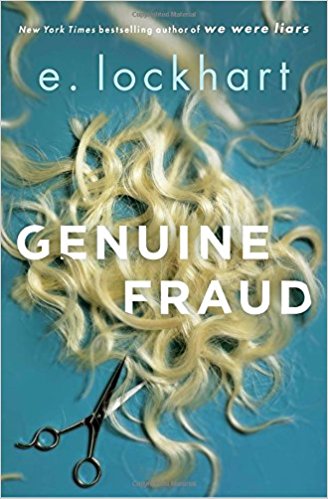 From the author of We Were Liars, which John Green called "utterly unforgettable," comes a unique novel that showcases E. Lockhart’s unmatched ability to play with style and deliver a perfectly plotted, well-written novel with a surprise twist.

Be among the first to meet Imogen and Jule!

Imogen is a runaway heiress, an orphan, a cook, and a cheat.
Jule is a fighter, a social chameleon, and an athlete.
An intense friendship. A disappearance. A murder, or maybe two.
A bad romance, or maybe three.
Blunt objects, disguises, blood, and chocolate. The American dream, superheroes, spies, and villains.
A girl who refuses to give people what they want from her.
A girl who refuses to be the person she once was.

"You will devour it." —Gayle Forman, bestselling author of If I Stay

“Fans of E. Lockhart’s We Were Liars will love this . . . and definitely won’t see the ending coming.”  —HelloGiggles.com

“Tangled secrets, diabolical lies and, ultimately, a mind-blowing outcome are crafted with the plotted precision we expect (and love!) from E. Lockhart.” —Justine Magazine

“As with E. Lockhart's previous novel, the best-selling "We Were Liars," [readers] will likely finish the last page and flip right back to the beginning to search for clues they missed.” —Chicago Tribune