Find information for your paper and create your video using this helpful guide.

This group should focus on current controversies in teaching evolution in schools.

The Evolution, Creationism and Intelligent Design Controversy
A section from University of Kansas City Missouri's Constitutional Conflicts site devoted to the controversy surrounding teaching evolution in schools. Also interesting are links to creationist critiques of the information presented.

Evolution
Visit the series' companion Web site for an in-depth evaluation of Charles Darwin's revolutionary theory. A good place to start is the Frequently Asked Questions section, which addresses questions like: Did we evolve from monkeys? Is there evidence for evolution? Does evolution prove there is no God? How does evolution affect me in my daily life?

American Scientific Affiliation
An organization devoted to "defending the teaching of evolution in public schools." Includes information about current challenges.

Teaching Evolution: A State-by-State Debate
From NPR. A listing by state of stances on teaching evolution in public schools.

Teaching and Learning About Evolution in the New York Times

PBS Website on Controversies Regarding the Teaching of Evolution

Opposing Viewpoints in Context through AVL
This is a great controversial issues database which compiles information by subject. Try searching for “evolution” or “creationism.”

Points of View Reference Center through AVL
This also has information on current issues and a special section on “Teaching Evolution.”

Evolution in the News

News Article from the NY Times 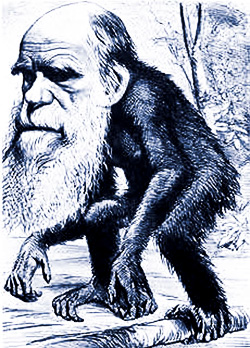 Thirty prominent U.K. scientists today released a statement raising concern about the teaching of creationism in British publicly-funded schools. They highlight organizations that are visiting schools and sending them teaching materials that question the validity of evolution and promote "intelligent design" as an alternative theory. They argue that current government advice that creationism and intelligent design should not be taught in school science lessons needs to be made statutory and enforceable.