Illinois during the Gilded Age

Riis, Jacob A. How the Other Half Lives

Photographs from the Chicago Daily News

Robber Barons or Captains of Industry? 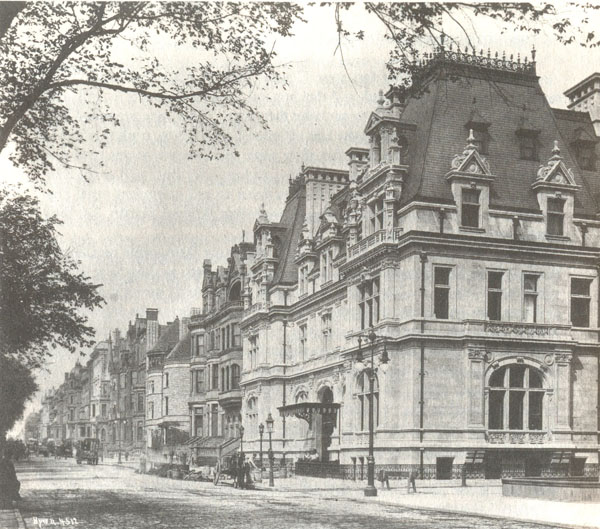 Millionaire's Row, circa 1898.  Home to Andrew Carnegie, Henry Frick, Cornelius Vanderbilt, and others of the well-heeled elite.  -- photo from Amherst University

"During the "Gilded Age," every man was a potential Andrew Carnegie, and Americans who achieved wealth celebrated it as never before. In New York, the opera, the theatre, and lavish parties consumed the ruling class' leisure hours. [. . .] Europeans were aghast. America may have had money and factories, they felt, but it lacked sophistication. When French prime minister Georges Clemenceau visited, he said the nation had gone from a stage of barbarism to one of decadence -- without achieving any civilization between the two."  -- from PBS